Hurricane Harvey blasted through the Texas Gulf Coast over the last week, dropping almost 52 inches of rain in the Houston area alone. That rainfall—producing more water than in an average year of rain for Houston—flooded homes across the city and displaced thousands of residents. This devastating storm is expected to cost more than $50 billion in storm damages and economic losses. The US is likely to feel the impact of the storm directly as well, as more than 20% of US fuel refining capacity is presently offline. Homebuilding activity in the market has also currently ceased, and it will be some time before the effects on homebuilding will be clear. What is clear is that thousands of Houstonians need somewhere to live immediately.

The damage of Hurricane Harvey hit home for the Meyers Research family. Below are some photos of SVP Scott Davis’ neighborhood. We are keeping Scott’s family, our other coworkers in the Houston area, and everyone affected in the region in our thoughts. There are many ways to help those in need. You can learn about donation options by clicking here or visiting HomeAid Houston’s website.

Scott shared this with us from his experience, “Houston has experienced real estate crises, oil price collapses, and major storms, and each time the world has predicted the region’s demise. And each time the city has come back stronger than before. We’ve taken a direct hit from a devastating storm, and the world will see that Houstonians are a pragmatic bunch who help each other in times of need—and that we will emerge from Harvey’s aftermath again a stronger and better place to live.” 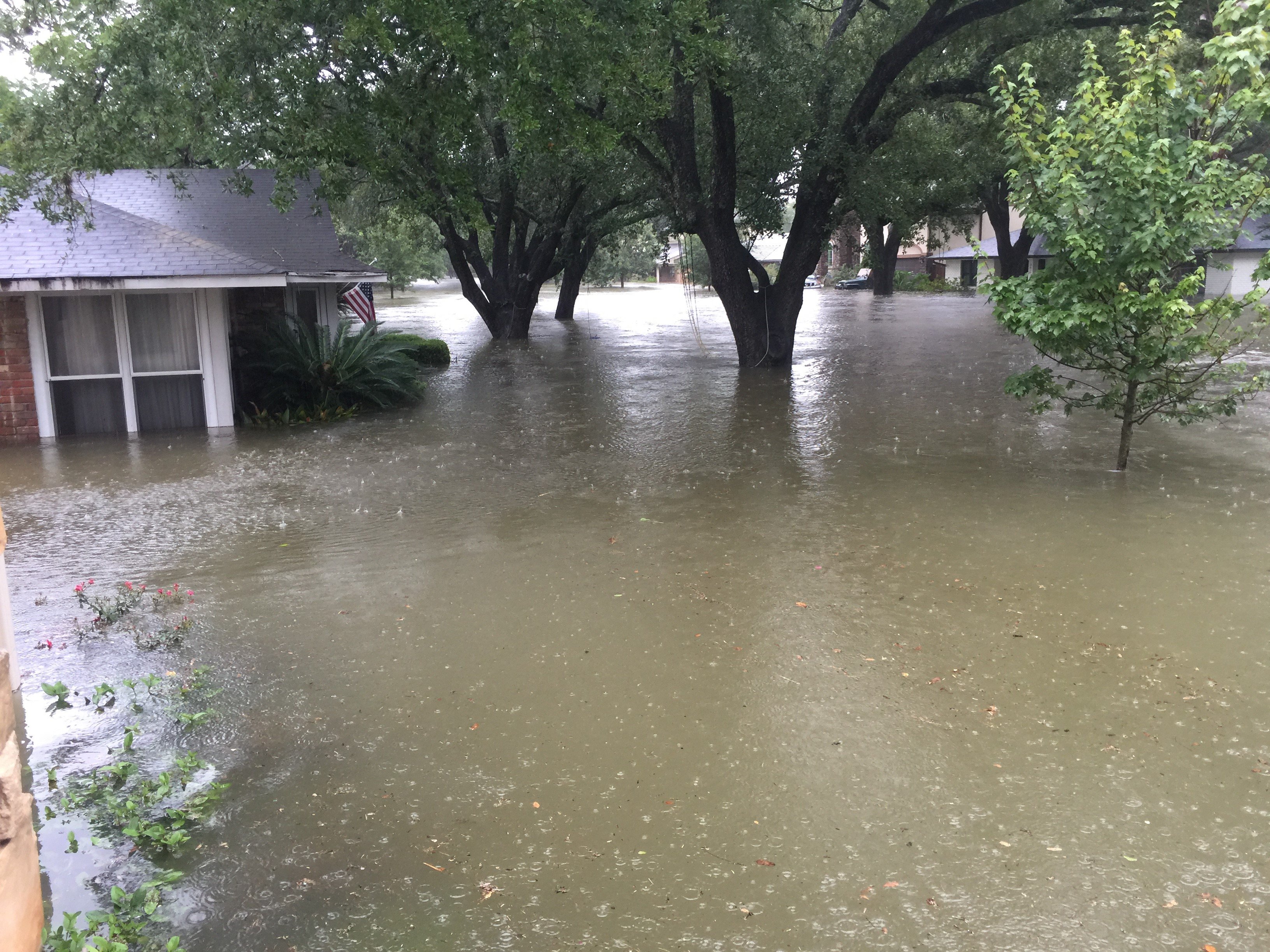 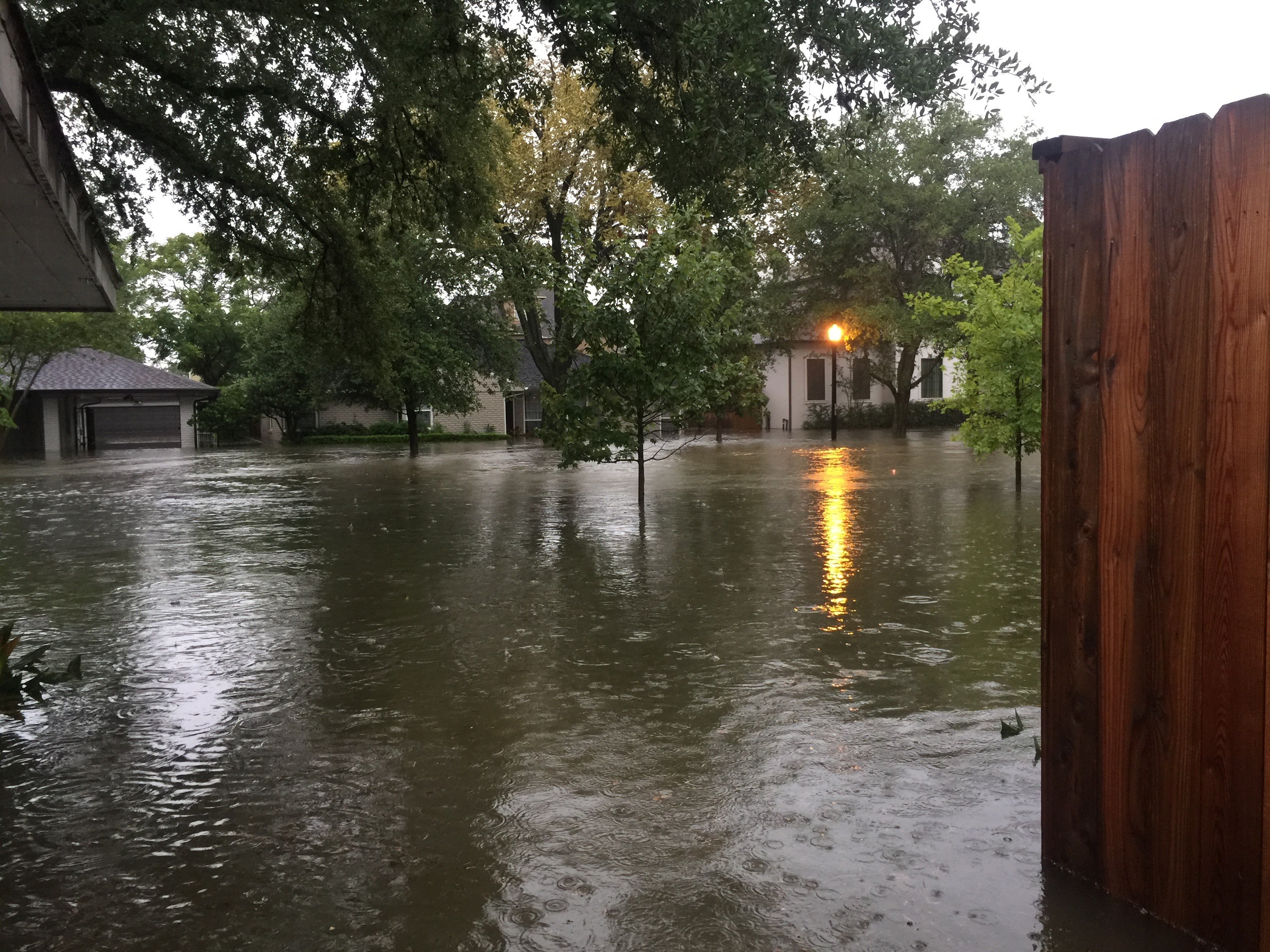 To better understand how Hurricane Harvey will change Houston’s apartment market, our Manager of Housing Economics, Ali Wolf, sat down with our Principal of Advisory and multifamily specialist, Kimberly Byrum, to get her take on the devastation.

What was the state of Houston’s apartment market before Hurricane Harvey?
Houston’s apartment market was in the early stages of recovery. Developers planned many projects a few years ago when the labor market was taking off. The anticipated demand suffered when hiring slumped in response to falling oil prices in 2015 and 2016. Before Hurricane Harvey, concessions were needed to absorb the pipeline. It reached a point that it was not uncommon to see over 10 weeks of free rent offered.

How did Hurricane Katrina change Houston’s apartment market in 2005?
Houston maintained an occupancy rate below 90% prior to Hurricane Katrina for decades. In the aftermath of the storm, individuals were moving from New Orleans to Houston. The new residents were largely occupying Class B and C apartments. Across the entire MSA, the occupancy rate moved from 87% in 2004 to 94% in 2005, even as inventory increased. The impacts of the storm stuck around; two years after the in-migration, the occupancy rate remained elevated and only in the last year has it fallen below 90%.

Do you anticipate the aftermath of Hurricane Harvey to change the dynamics in Houston’s multifamily market?
We don’t know the full extent of the damage on inventory yet, but reports from Houston suggest that the single-family rental (SFR) market has likely sustained much more damage than the multifamily properties. I think the market will change dramatically in Houston pretty quickly and the loss of SFR will only increase demand further. We anticipate occupancies will rise and concessions will burn off almost immediately.

Looking at different pockets of strength:

Do you think the Harvey will have a short, medium, or long-term impact on the market?
Long-term. The market was already getting legs again on its own and the storm will assist in picking up the slack of the new inventory that was poorly timed. The new demand in the rental market will help the pipeline work out a lot faster.

What advice to do you have for developers?
For operators, I suggest they look at the past for guidance. During Hurricane Sandy, we saw revenue management systems get very volatile. If you are reading the market today to understand where the market is going, you are going to experience instability in the short-run for prices. I would be monitoring the market very closely in the coming months. It took about 6 months for the market to calm back down after Sandy.

For developers, I would reevaluate. Some of the pipeline is removed and could impact this sector in 2019 and 2020. Think about how you want to underwrite going forward.