The flooding brought about by Hurricane Harvey is both tragic and devastating. More than 70 people are believed to have died, and an estimated 100,000 homes are damaged. There is no question that Harvey’s damage will impact the Houston economy for some time. To quantify this damage, our Senior Vice President of Advisory in Texas, Scott Davis, used data about local floods that spanned from 1992 to 2016 as empirical evidence of the aftermath.

The last nine significant flood events have shown Houston’s housing market to be extremely resilient by increasing sales and prices soon after each occurrence. The only cases where the sales did not immediately improve were those during times when the region is under stress from larger macroeconomic issues not related to flooding, like a national recession or oil price declines. And even in these cases, prices were much quicker to recover.

Our team modeled the recovery time for single-family sales, permits, and median pricing for 12 months before and after nine significant flooding events in Houston. The relationship was extrapolated to predict when Houston is likely to recover in the wake of Hurricane Harvey. Of all potential outcomes, we see slow sales activity through 2017 with the market reaching pre-storm recovery levels in mid-first quarter 2018 for sales and new construction. Pricing power is likely to return in the second quarter.

In every flood except one (Oct. 1994), median pricing recovered the month following the storm. The October 1994 flood, in which over 90 subdivisions were impacted, took 13 months to recover pricing. This event, along with Tropical Storm Allison in 2001 and the Tax Day Floods of 2015, stand out to us as the most instructive as to assessing the impact of Harvey. In addition, we believe the region’s experience after those events to be more instructive than a large storm that affected a region with little in common with Houston (i.e. Katrina or Ike). For example, after Ike, power outages were the most severe consequence for most of the region. 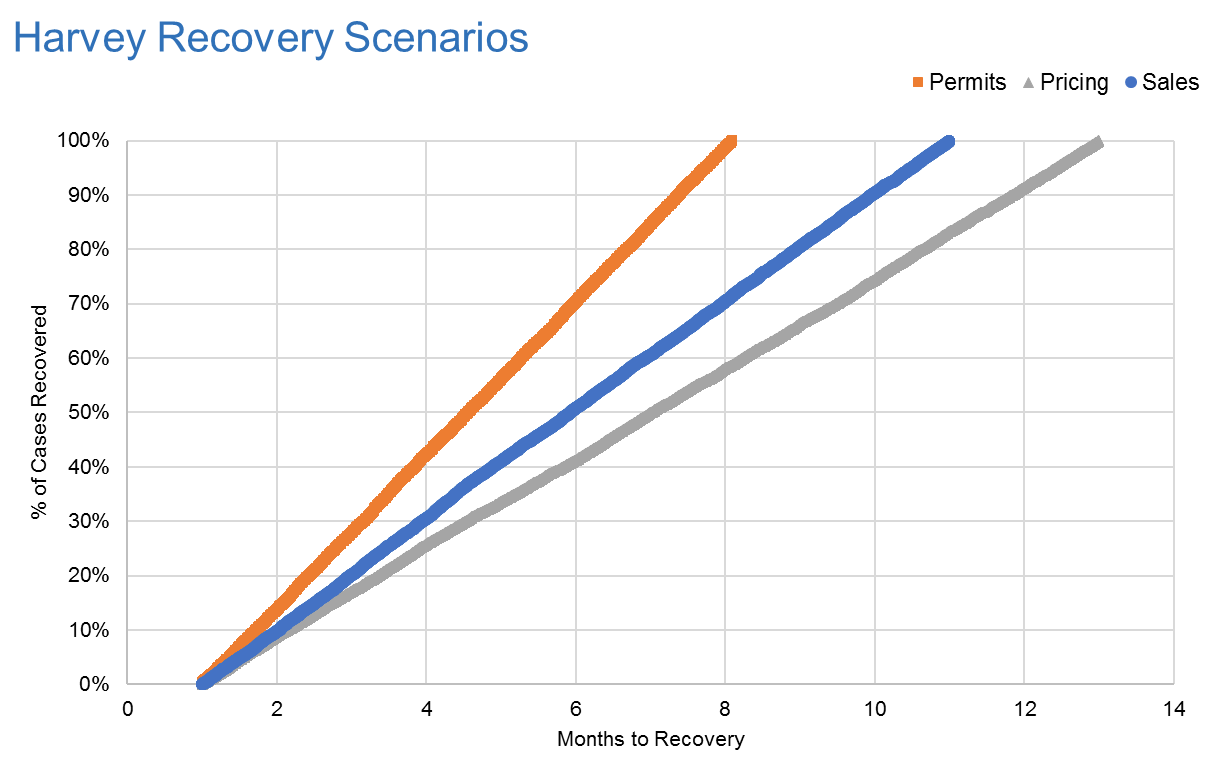