They say “Everything’s bigger in Texas”, and when it comes to new home closings, they may be right. Our Manager of Housing Economics, Ali Wolf, looked at closings over the past twelve months across the top 20 metros to see how different markets are doing (hint: two of the top performing metros fall in Texas). The analysis started with a straight comparison to the historical average, but also stripped out the artificially inflated years of 2003-2006 to get an even better picture. 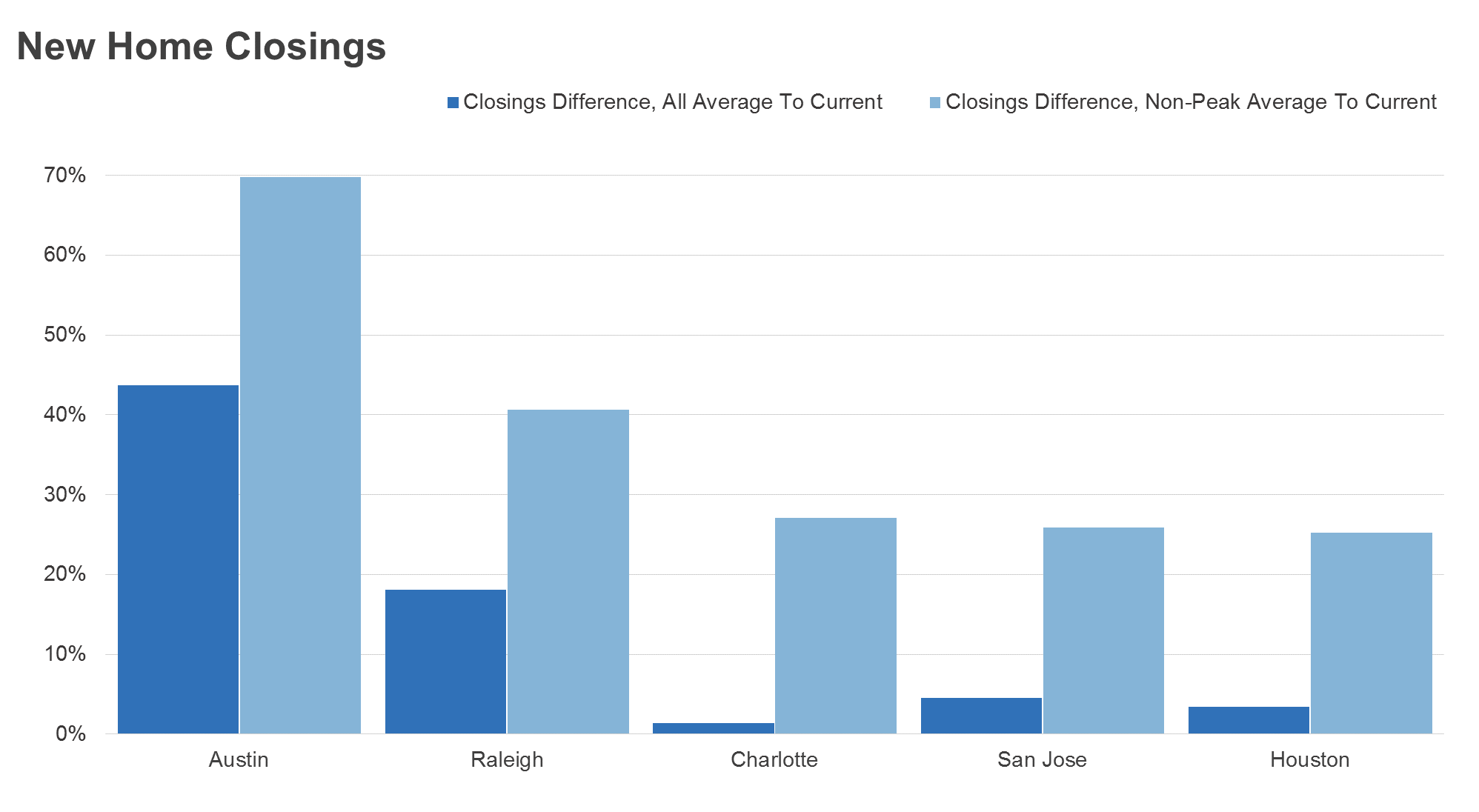 When looking at current closings compared to the historical average, Austin leads the pack on both an adjusted and unadjusted basis. Austin hosts a diverse economy that is attracting individuals from across the country to the metro, particularly relocations from California. The market’s unemployment rate is well below the national average and the metro added 31,100 jobs over the past year, a 3.1% annual clip. The solid job market combined with highly rated cultural, entertainment, and dining options makes the metro attractive to both Millennials and Boomers alike.

Population growth is on the rise in Austin, and a lot of that can be attributed to the booming tech industry. While the city started to garner attention from the industry back in the 1990s, the sector is now thriving. Tech has been the industry with the highest growth over the past 5 years in Austin; tech accounts for 14% of all jobs in the region. In fact, Austin has been a tech powerhouse for so long that the local nickname is ‘Silicon Hills’, a nod to San Jose’s Silicon Valley. Here are some factors that support Austin’s success in tech:

The increased population in Austin has been great for the local housing market. Home closings in Austin are nearly 70% above the adjusted historical average. Unlike the national level where supply is still far below the historical average, permits in the Austin MSA on an adjusted level are 33% higher (20% on an unadjusted basis). Lloyd Vaughn says it’s hard to look past the cranes when driving throughout the city. 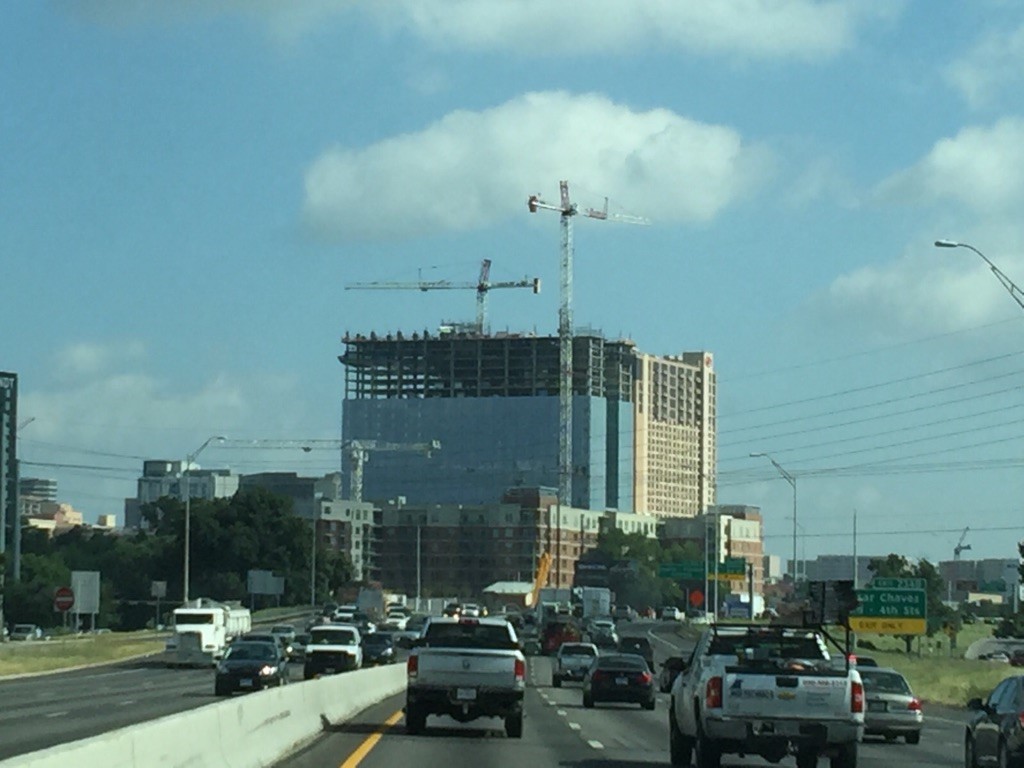 A lot of the tech employees are younger and prefer city living. This has contributed to rapidly rising prices in the city center, which has helped some of the housing markets in the suburbs. For example, Buda, Cedar Park, Georgetown, Hutto, Lakeway, Leander, and Manor all had high increases in year-to-date sales compared to 2015.

In addition, retirees are another boon to the market. The Baby Boomers are bringing a lot of money to Austin, which perpetuates the economy and development. Kissing Tree by Brookfield Residential in San Marcos (30 minutes south of Austin) is an example of an active adult community under development. Brookfield plans to provide the first homes in spring 2017 and will include 3,200 homes at build-out. The community is the first age-restricted development in San Marcos. So far, interest is primarily from Austin, Dallas, and Houston, but they are also garnering attention from across the nation. Prices are expected to range between $250,000 and $500,000. The community will come equipped with hiking trails, a biergarten, tennis courts, an 18-hole golf course, and more. 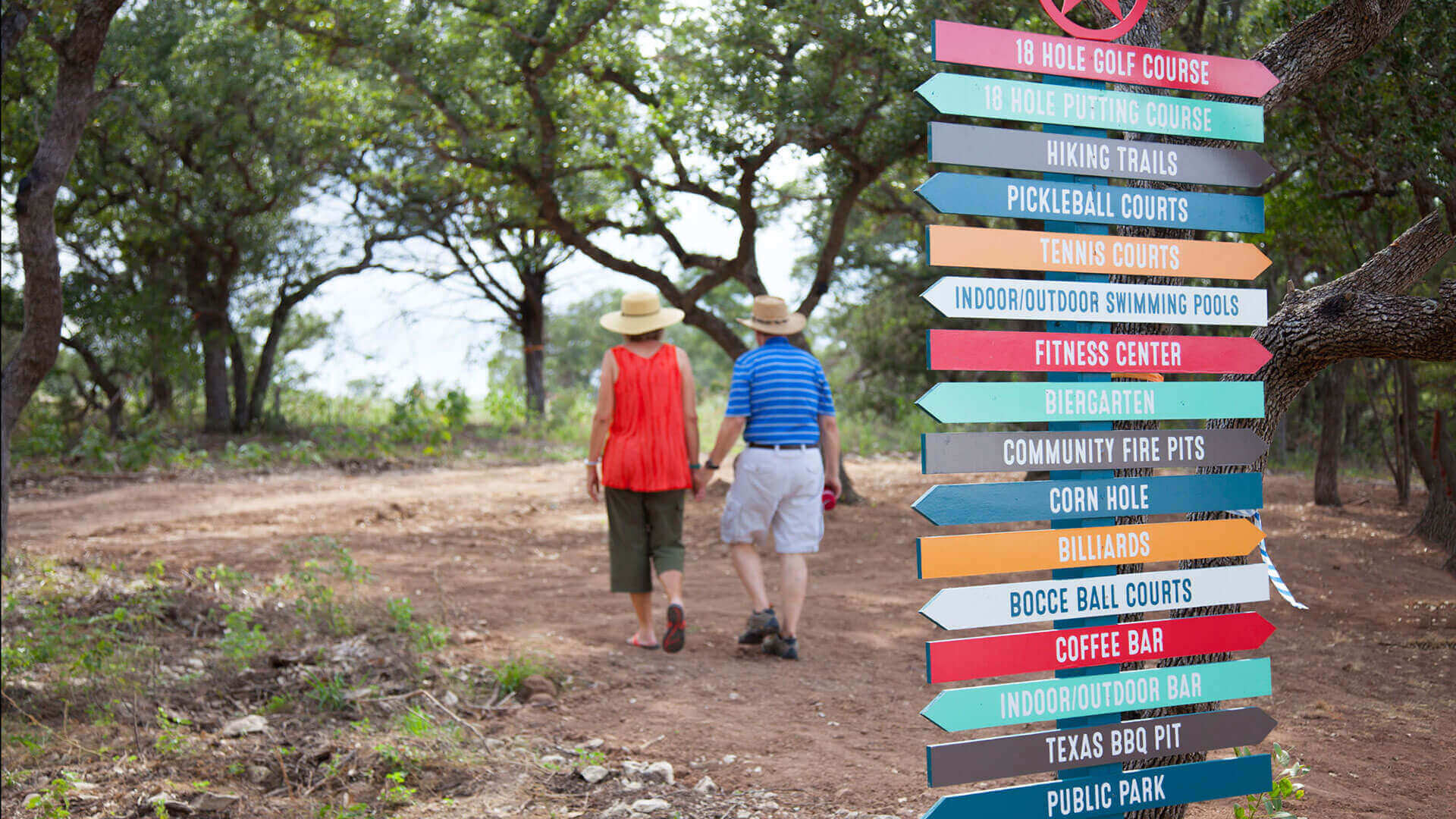 The temperate climate, relative affordability, accessible business capital, and plenty of job opportunities will continue to benefit the local economy and housing market. Austin is in a great position to keep growing to meet housing demand given the abundant supply of developable land outside of the city center.

Contact us to discuss how we can help you better understand metro-level trends.