We are entering into a time where the monthly data will be fuzzy. Later this month, we will get September’s new and existing home data, plus the latest supply stats for permits and starts. Don’t be alarmed to see a drop as Hurricane Harvey and Irma will likely impact volume. We can use the weekly purchase mortgage applications and initial jobless claims as a bellwether for what to expect. Both indices showed a blip after the storms, but recovered in the following weeks. Purchase mortgage applications are currently posting a 5% year-over-year gain.

Job growth declined by 33,000 in September. This is the first decline in seven years, ending the 83 consecutive months stretch of continuous growth. The impact of the hurricanes was most prominent in leisure and hospitality, which had a decrease of 111,000 jobs. Historically, we see a loss of about 100,000 jobs for each hurricane, and in this case, there were two storms. However, we expect the revision for September to be positive and job growth to rebound in the coming months. 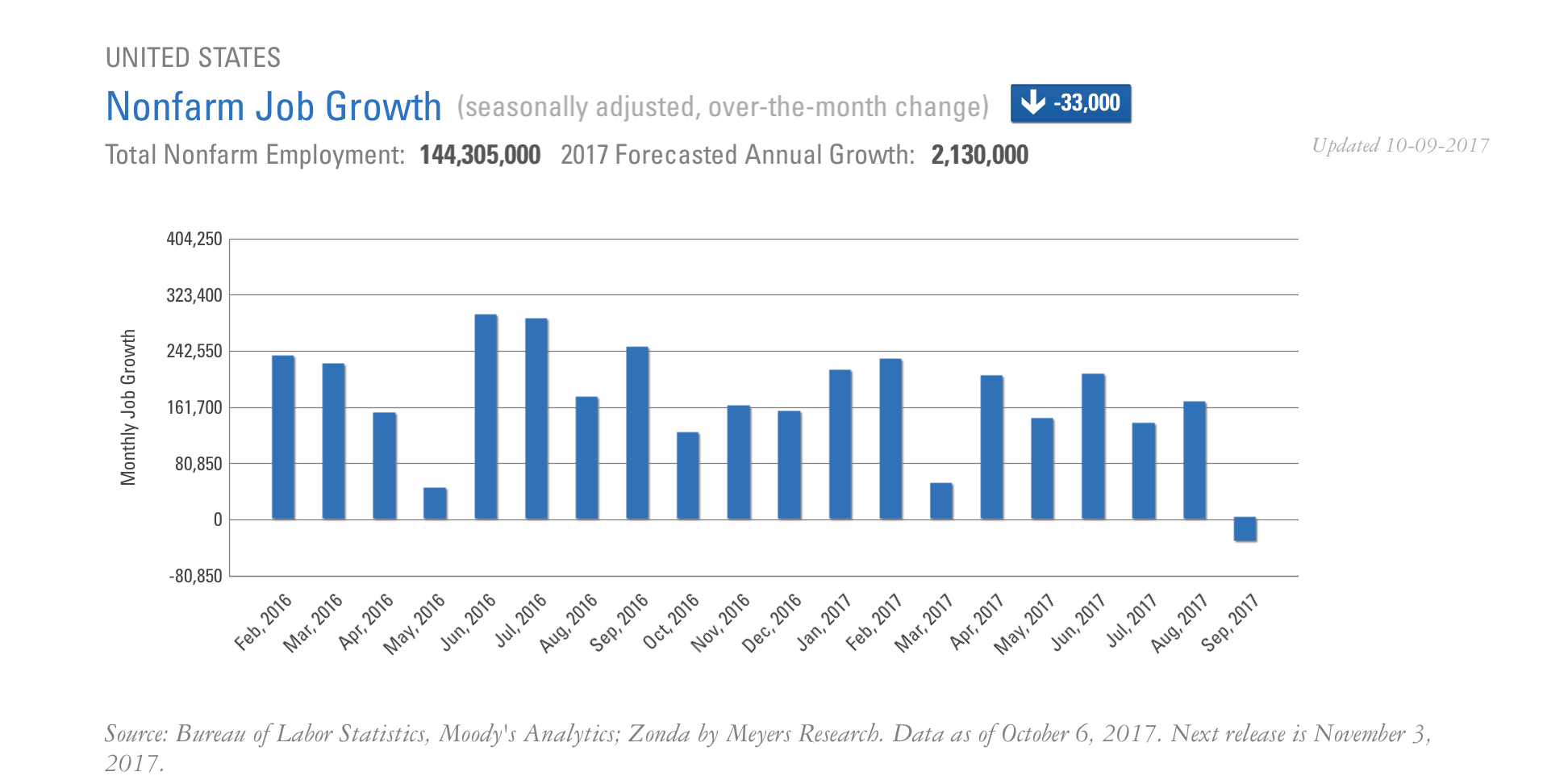 New home sales fell 3.4% MOM and 1.2% YOY. Despite the slip in August, the year-to-date new home sales are 7.5% higher than 2016. The breakdown shows a modest decline in most regions; new home sales decreased in the Northeast, South, and West, while they flattened in the Midwest.

Existing home sales largely flat YOY. Rising rents, low-interest rates, and a healthy labor market all bode well for home sales. However, low inventories and rising prices are hampering demand. While some of the decline MOM can be attributed to the hurricanes, we only have a partial view of the impact. The effects will become more clear over the next several months. 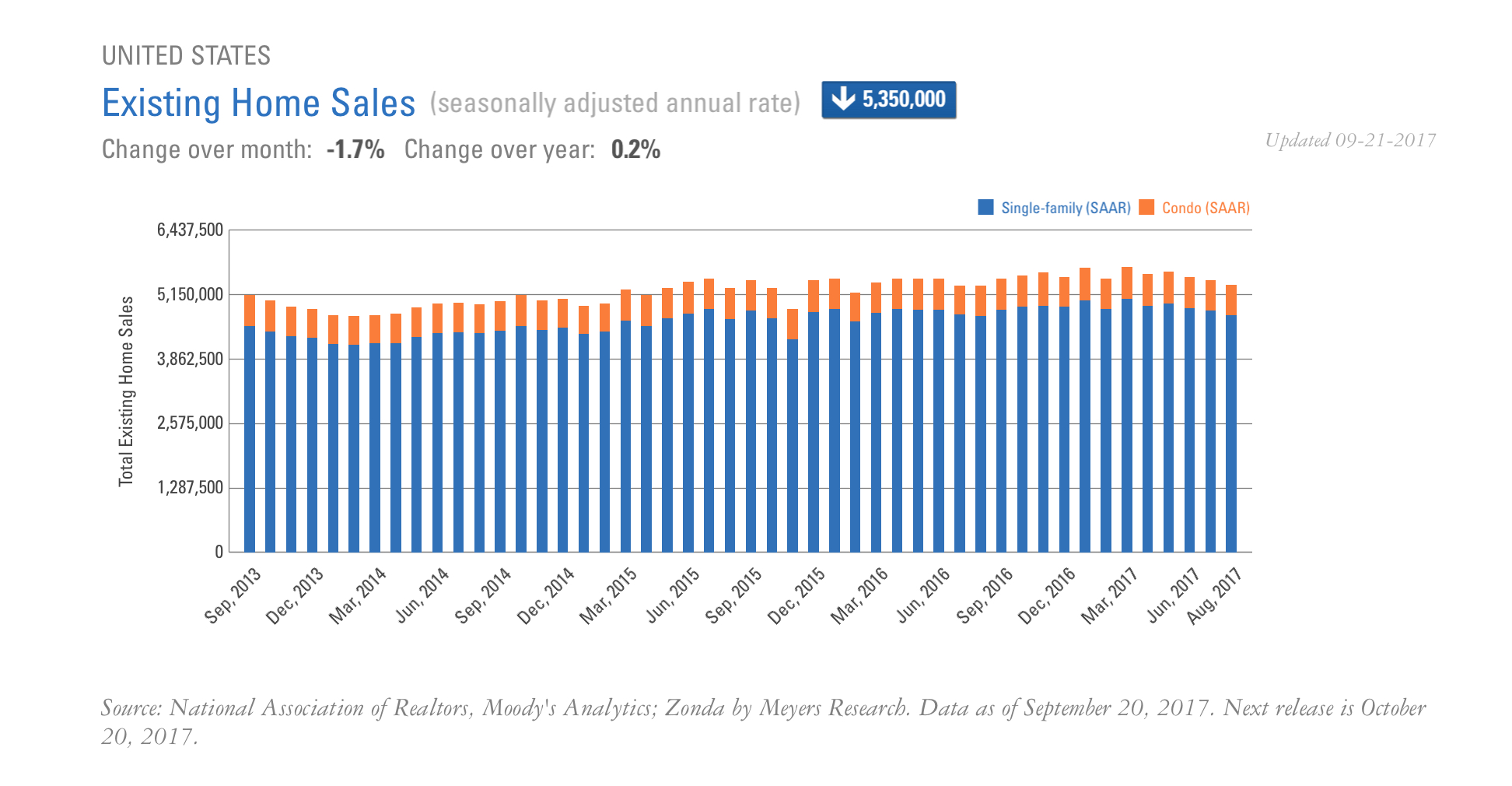