As the Bay Area and Silicon Valley face a massive affordability crisis, businesses, builders and residents are being forced to redefine what is “normal” through innovation.  Because, at the end of the day, if people cannot obtain quality of life in the Bay Area they will leave. The most critical items are:

Our Manager of Advisory, Michelle Sklaver, recently attended the 22nd Annual Fisher Center Real Estate Conference held in San Francisco. Almost every discussion came down to one central theme: It’s too expensive in the Bay Area, and it is not sustainable. As one of the conference speakers aptly joked about relocating to Denver, “I could learn to ski. Skiing isn’t so bad…” 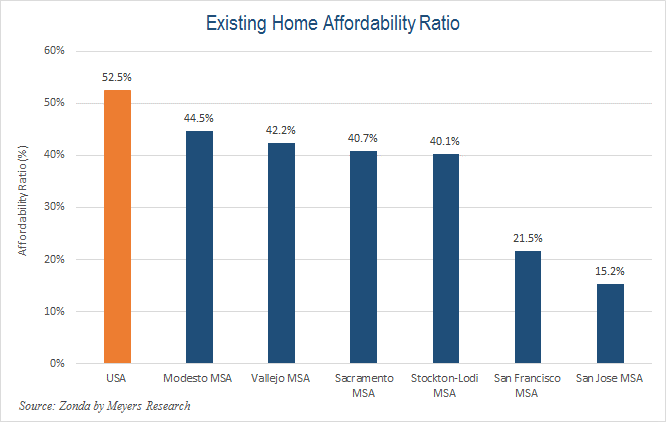 The good news is that the Bay Area and Silicon Valley are slowly adapting. We singled out a few examples as to how the commuting issue is being addressed:

There are even some innovations and trends on the horizon that could change the way we think about affordable infill housing:

Collectively, the goal is to create a Bay Area that isn’t just affordable, but also desirable for the long term. As the Bay Area and Silicon Valley pioneer new information technology and new modes of transportation, it will also be pioneering a new generation of how we live, work, and, of course, build homes.

Contact us to discuss how we can help you with affordability solutions in your market.