Amazon is modifying the way we live our lives, from changing the landscape of retail, to introducing grocery stores without checkout lines and altering our perception of a smart home. They’ve even toyed with entering the real estate market. Beyond the consumer experience though, Amazon is a major employer. On August 2nd, they held a career fair looking to hire an additional 50,000 workers. This is after two other announcements earlier this year highlighting tens of thousands of open positions. Amazon employs the whole gamut of income levels, from warehouse workers to software developers and engineers. Amazon’s expansion plans not only will create new employment opportunities, but also impact local housing markets. Our Manager of Housing Economics, Ali Wolf, explores the less obvious way that Amazon contributes to housing growth.

Job Openings By County For Amazon* 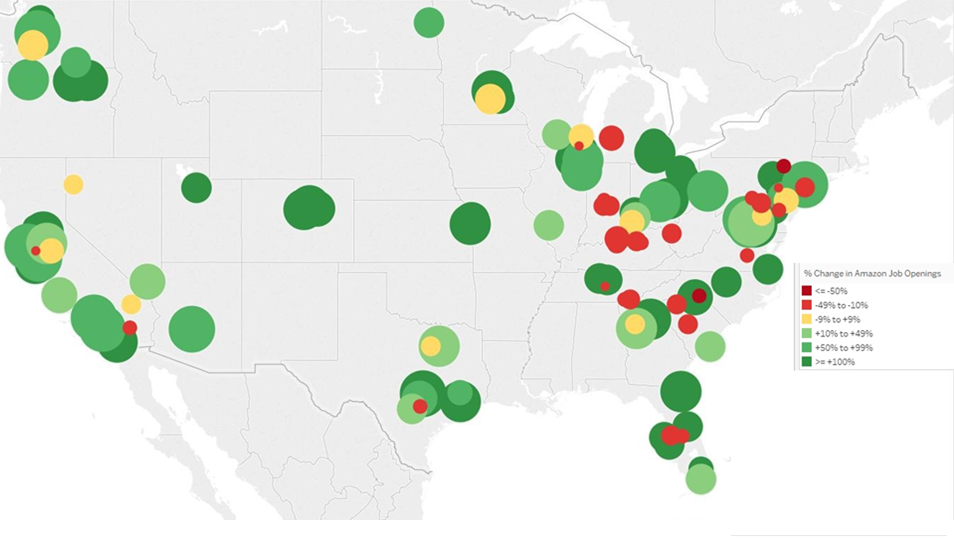 DEMAND IN DENVER’S PERIMETER OF GROWTH

Many of Amazon’s white collar employment opportunities are concentrated in markets like San Jose, San Francisco, and Seattle. Fulfillment center jobs are on the other end of the income spectrum. These jobs seem almost ubiquitous as Amazon builds and expands across the country. In Colorado, Amazon is hiring 1,000 employees for their Aurora fulfillment center, and another 1,500 for a ‘robotics facility’ in Thorton.

While many are quick to brush off these workers as non-qualified buyers, we like to look at them a different way.

Mike Rinner, an industry veteran and our Advisory expert in Colorado, explained, “Townhomes priced in the $200Ks are selling extremely well, but like in other parts of the country, the labor shortages are delaying build times.” He continued, “While we can’t directly attribute the success in attached new homes to Amazon, communities like Cornerstone Townhomes and Riverdale Park in Thorton are attracting buyers in the $250K-$300K price range.”

MOVE-UP OPPORTUNITY ON PORTLAND’S EAST SIDE

Amazon is creating a new warehouse in Troutdale (indicated by the green pin on the map below), the first of its kind in Oregon. The facility will hire 1,500 new workers upon completion in June 2018. These employees will be paid an average of $15.00 per hour, or $30,000 annually. Going through the same exercise as the Denver market above, a dual-income household in Portland at $60,000 a year can afford $340,000 at a 44% debt-to-income ratio. Unlike Denver, however, even in the far-out commuter market, there are no active projects under $350K.

“Like in many metros, the existing home market is the feeder for entry-level homes. Single-family detached existing homes in Troutdale are now 14% higher than the previous peak, supplying many current homeowners with equity. We anticipate that as the submarket’s economy expands, there’s going to be opportunity for move-up homes, especially when looking at the map below,” explained Deanna Sihon, our Advisory specialist in the Pacific Northwest. She continued, “We recommend keeping the new facility on your radar. Amazon is planting more seeds in the Northwest that are likely to grow.”

The anticipated facility will provide an economic boost to one of the last stops within the eastern part of the urban growth boundary, and add to an overall MSA that has already been garnering attention. As market dynamics change and affordability worsens in places like Seattle, the Bay Area, and Los Angeles, more individuals are looking at Portland as an alternative.

Map of Active and Upcoming Projects Under $450K in Portland 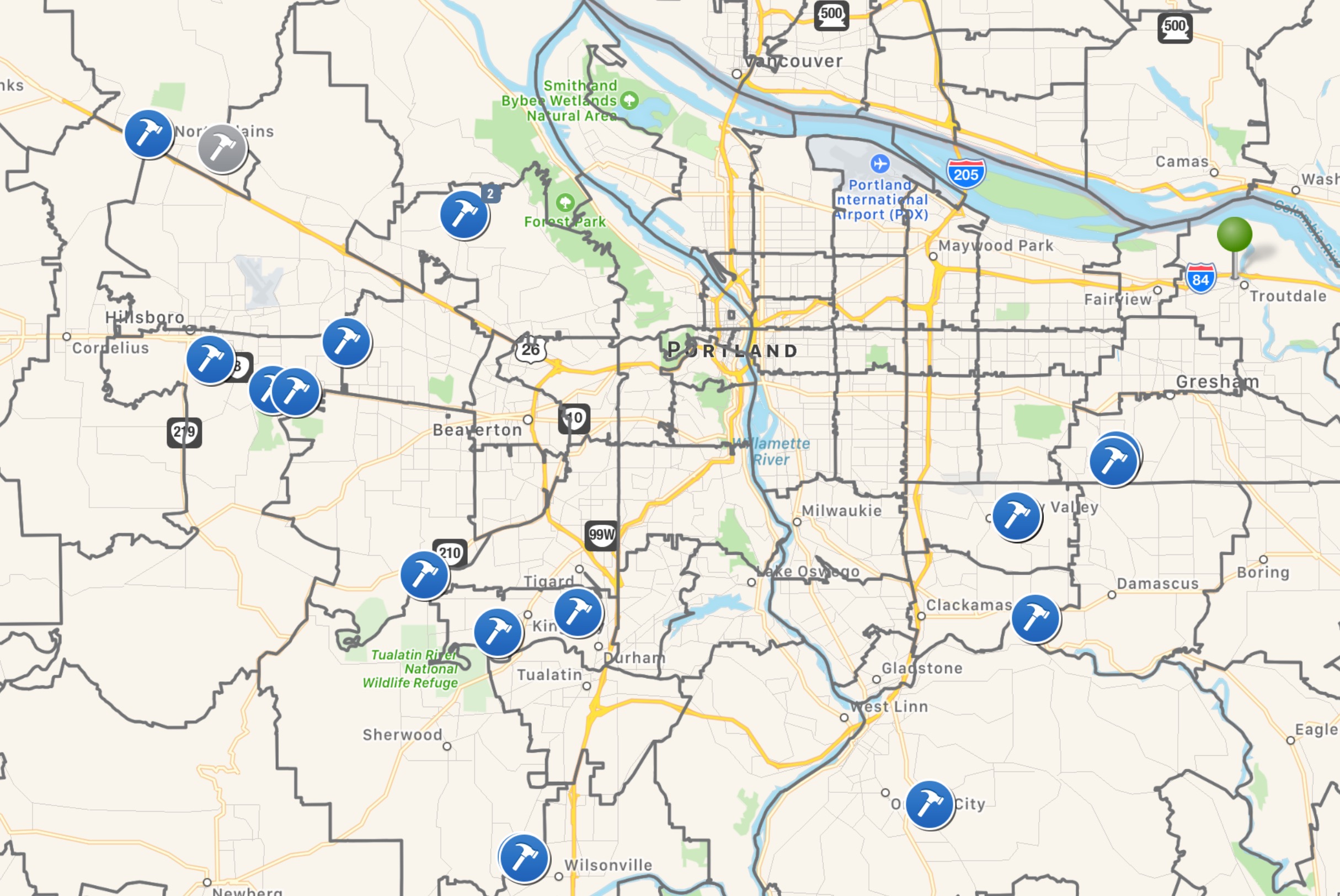 Source: Zonda by Meyers Research
*A blue icon indicates an active project, while a gray one shows upcoming

Contact us to discuss how we can help you position around Amazon’s expansion plans.